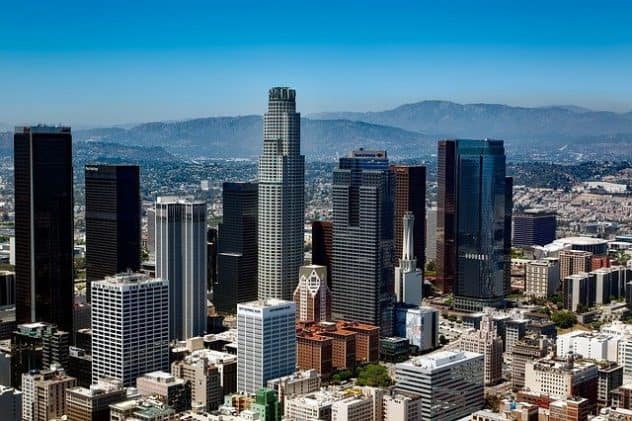 Earthquakes are terrifying under any circumstance, but they seem especially disorienting if they occur while you’re on vacation. When you’re visiting unfamiliar territory, it’s a lot more unsettling!

Read on for helpful earthquake safety tips to keep you safe if an earthquake occurs while you’re traveling.

If you’re traveling to a location that’s well away from any fault lines and doesn’t get earthquakes, you don’t need to stress about earthquakes happening while you’re there.

But if you’re visiting an area prone to earthquakes, such as Alaska, California, Indonesia, or anywhere along the Ring of Fire, it’s important to know that it is something you may experience while traveling.

Unfortunately, no one has figured out how to predict earthquakes yet. That’s part of what makes them so scary!

Hurricanes, tornadoes, and even volcanic eruptions give signs of development. Earthquakes just happen and you have to hold on for the ride!

I make sure to bring a basic emergency kit whenever I’m traveling. I make sure it includes pain reliever medication, cold medicine, and pepto-bismol.

In addition, bring plenty of band-aids and neosporin. It comes in handy even for minor issues like uncomfortable blisters, and could be helpful for minor abrasions. This emergency kit is pretty small and fits in a purse.

If you’re a U.S. citizen, The Smart Traveler Enrollment Program is a free service offered by the State Department that sends you safety and security alerts when issues such as natural disasters occur.

You can enter your travel information so the government can help locate you if a disaster has occurred when you’re traveling.

It’s also helpful if family has an urgent message for you but are unable to contact you through traditional methods.

Understand a Bit of Science Behind Earthquakes

I find understanding the science behind things makes them much less scary and intimidating. Earthquakes that occur deep in the earth are often felt over a wider range, but tend to cause less damage to buildings.

For example, our Alaska 2018 earthquake was a 7.0 and had a depth of 29 miles. It was felt widely, but there was surprisingly little property and road damage. Much less than you’d expect from a major earthquake!

For the earthquakes occurring in California, the 6.4 earthquake that occurred 4th of July 2019 was less magnitude than the one the next day on July 5th, 2019.

However, it was felt further away from the epicenter than the 7.1 on July 5 2019. The depth of the 6.4 earthquake was 5.4 miles, while the stronger magnitude 7.1 was only half a mile deep, so the shaking was fairly localized.

If you have dogs, here’s a helpful article on keeping your dogs safe during earthquakes!

What to Do During an Earthquake

Since earthquakes have no advanced warning, it’s vital to stay calm and don’t panic. Most injuries during earthquakes happen when people start running around frantically.

Do not move to stand under a doorway. While it’s been a popular belief for years that standing under a doorway is the safest place to be, that’s actually incorrect.

There’s no head protection under a doorway, and you could be injured trying to reach it.

The best action is to stay in place if you can while taking cover under a table, desk, or bench. Anything to protect you from falling debris will help. Watch out for breaking glass that could cut you.

Also, if you’ve seen viral posts about a so-called “triangle of life” telling you NOT to get under tables, definitely ignore that advice. It has been thoroughly debunked by scientists and experts.

Staying put under a sturdy surface is by far the safest place to ride out the earthquake. If you’re in bed, stay there and cover your head with a pillow.

If you’re driving, pull over as soon as you safely can. Stay away from power lines if you’re outside.

Avoid elevators after earthquakes have occurred. Stay alert for aftershocks, which can be quite strong in the hours following the initial earthquake.

There are so many scenarios you could find yourself in when an earthquake happens. The most important rule is to drop, cover, and hold on.

Earthquake Country has a terrific guide that breaks down a number of situations you could find yourself in and how to proceed.

What to Do After an Earthquake

Again, the best thing to do is to stay calm and aware. The earthquake could have potential for a tsunami to occur, so listen for emergency alerts.

Follow any orders coming from officials who are trying to keep as many people safe as possible.

If you’re near the ocean, head inland and to higher ground.

Having an earthquake tracking app on your phone is helpful for monitoring aftershocks that you may not necessarily feel but should still keep an eye on.

I like QuakeFeed because it alerts me within 3-5 minutes after a quake or aftershock occurs.

Phone lines often have issues with calls getting through, and ideally should remain open for emergencies.

The best way to update friends and family that you’re okay is by using Facebook’s I’m Safe feature, or posting a quick status update to let everyone know you’re okay.

Red Cross also has a Safe and Well program to let your friends and family know you’re safe.

Following these earthquake tips for safety will help keep you safe if an earthquake happens while you’re traveling.

Have you felt an earthquake before? Share with us below and pin this for later! 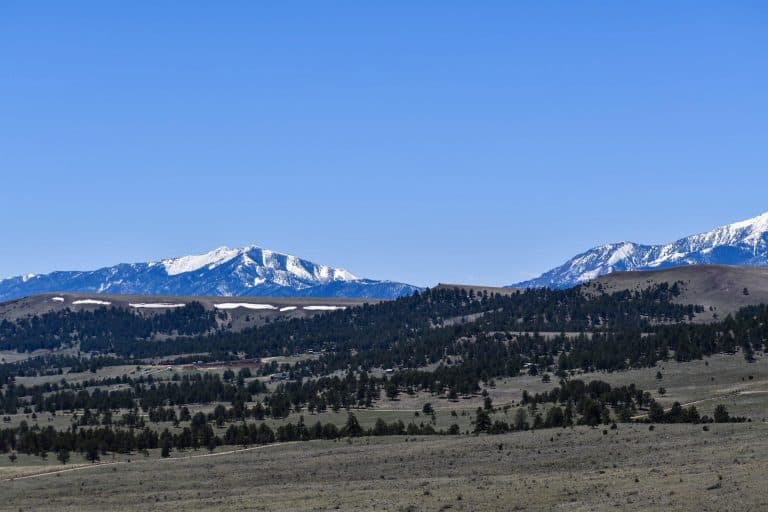 Have you visited Colorado yet? If not, you definitely NEED to! There are a ton of amazingly gorgeous places to visit. It’s truly such a breathtaking state! We recently went on vacation to Colorado, as we’ve heard it’s so beautiful. We absolutely loved it! Out of all the towns we visited, Westcliffe, Colorado was my… 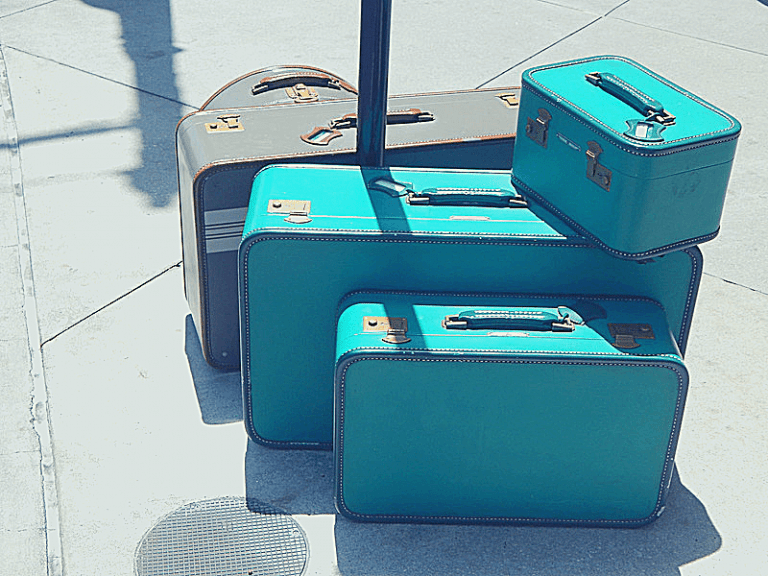 Traveling with carry-on luggage only is super convenient. Picture this: you’re wandering the streets of Old San Juan. The streets are bustling with tourists and locals alike, all meandering around. You’re so ready to join in, but first you have to get to your hotel. Now, imagine trying to drag a large, checked-bag size suitcase… 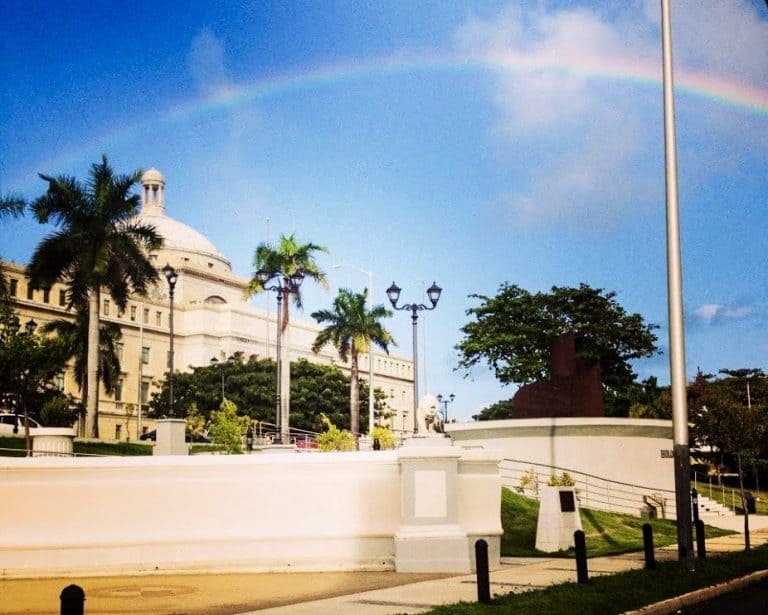 There’s nothing quite like a sunny Caribbean vacation spot. It’s even better when you get to live in one, trust me! We lived near San Juan, Puerto Rico for 3 years. It was such an incredible experience! I would spend days just wandering around Old San Juan Puerto Rico exploring all the sights, sounds, and… 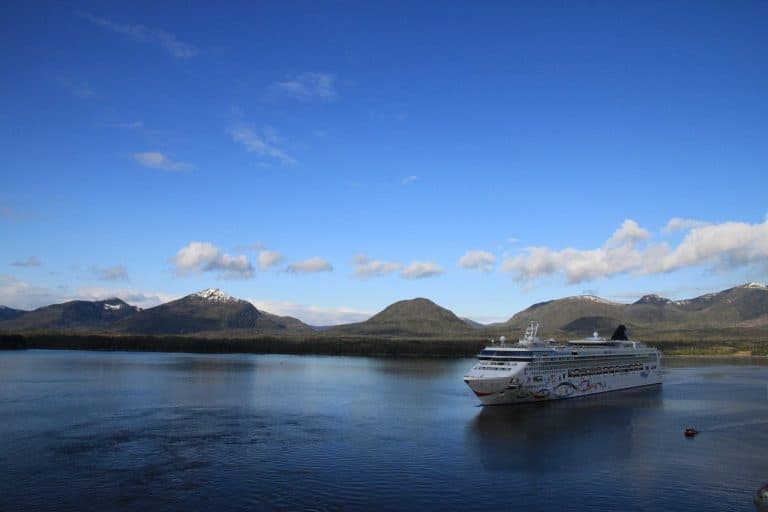 The excitement of finally booking your dream Alaska cruise is the best, isn’t it? Once the cruise is booked comes the planning and packing stage. But how do you know what to pack for Alaska cruise vacations if you haven’t been to Alaska before? After moving to Alaska, I quickly realized it has the craziest… 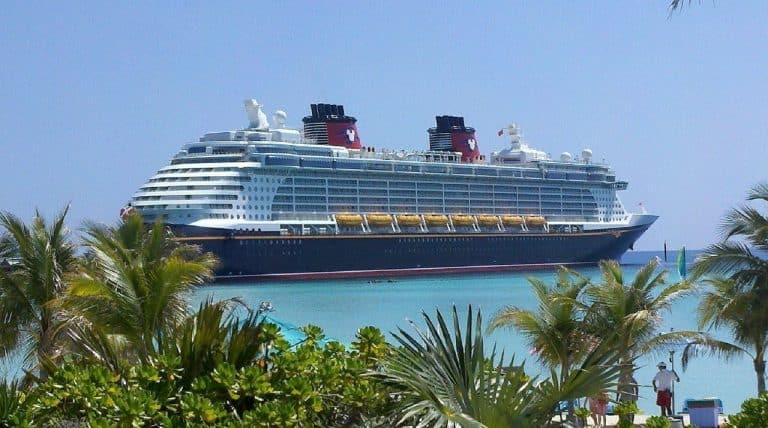 Planning a cruise is exciting, but also a little overwhelming! It gets even more confusing when you’re planning a family or group cruise. My husband and I were married on the Carnival Dream in 2012, and had family sailing with us. That meant a little more effort had to be put in to make sure… 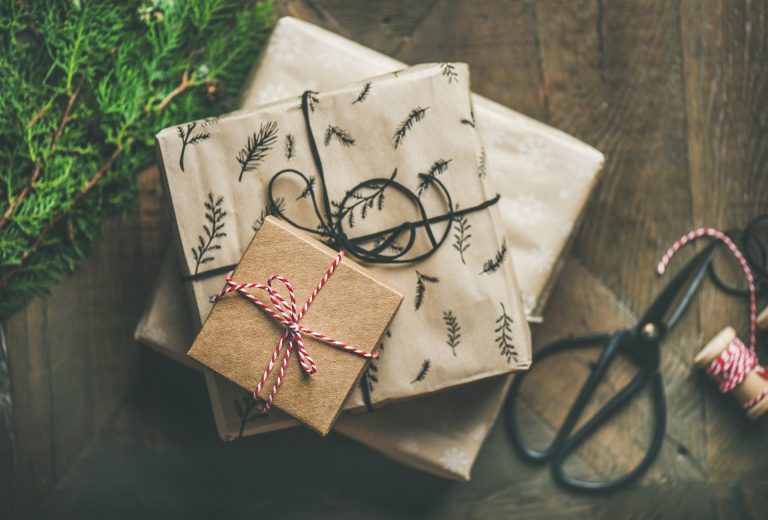 It can be a major source of stress when it comes to picking perfect gifts for people who love to travel. What present should you get for the person who is always on trips and visiting new cities? From practical presents to extravagant surprises, we’ve got you covered on unique gifts for travelers. Read on…